Are you prepared for the Copper Cut Off? 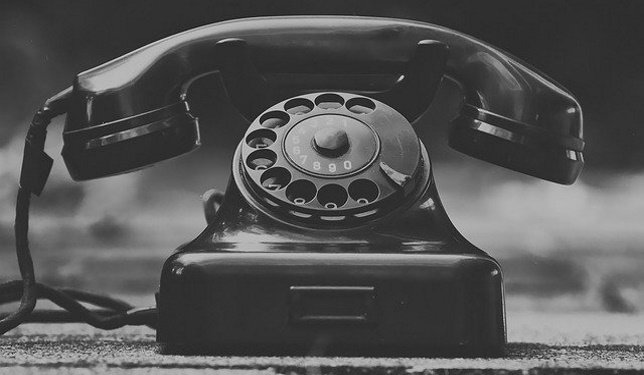 No doubt you have heard by now that NBN will be here soon!  I mean we've been hearing it for years now.  The NBN has been in the media for all the wrong reasons since it was announced around a decade ago.  Many missed deadlines, massive budget blowouts, poor performance, and then misleading sales tactics from major telcos.  While it's been anything but smooth, the fact is the NBN is making its way across Australia, and old "copper" services are being shut down.

So, what does this mean for you?  Well, those of us still on ADSL, or a business style EFM (Ethernet over First Mile) connection will need to change over.  Most are eager to do so with the promises of a faster connection and generally reasonable prices.  Our Fibre1000 package, available in the CBD and surrounding suburbs, has proven to be incredibly popular with businesses.

What is sometimes less clear, is what businesses will do with their phones.  Many companies are still using a traditional PBX, ISDN technology, or just simple phone lines... all of which are copper based.  As NBN is rolled out, and the copper networks are disconnected, these services will cease to work.

While migrating phones to an IP (Internet Protocol) based PBX, more commonly known as VoIP (Voice over IP) can seem daunting, the truth is it can be, but it doesn't have to be.  Approaching this with a measured, and well-planned approach will ensure a smooth transition with little to no downtime.  And by choosing the correct provider, you should end up with a product that has significantly more features for you to take advantage of.

Sentrian offers a Hosted PBX service that's incredibly flexible, simple to use, yet feature-rich.  So just what is a hosted PBX?  In a more traditional scenario, many businesses will have an on-premise phone system that includes a PBX.  This unwieldy box usually sits on a wall somewhere, or perhaps in your server rack.  Generally, these are expensive units that come with expensive maintenance contracts, not to mention the power consumption.

Having a hosted PBX essentially means you do not have that ageing piece of hardware sitting in your environment any more.  Instead, we host your PBX out of an Australian based, Tier 3, data centre.  This minimises your chance of downtime as it's running in a fully monitored, temperature controlled environment that has redundancy built in to cover any power outage.  Even if the entire data centre was to go offline, we can bring your PBX up in another data centre in another Australian city.

Not only is the PBX incredibly robust, but it's built on one of the world leaders in VoIP.  We also don't try to "gouge" you every time you want to take advantage of a new feature.  Everything I mention here is included in your monthly fee.

Our plans are offered as PAYG, or Unlimited.  You can add new users at any time without having to start a new contract.  And you can feel confident with an Australia based service desk offering support when you need it.

If you take away only one thing from this post, let it be this... Do not leave this till the last minute.  Telcos have the reputation of being difficult to deal with, because they generally are.  Allow the time to do this properly, and allow Sentrian to assist you with this transition.

Not only can we assist you with the phone system, but also your internet connection too.  If you wish to know any more, please contact Sentrian on 1300 791 678